As a participant in the Amazon Services LLC Associates Program, this site may earn from qualifying purchases. We may also earn commissions on purchases from other retail websites.

What does the HD stand for? And what types of machines am I comparing and reviewing here? The answer to the first question is Heavy-Duty. And that answers the second question, which is heavy-duty sewing machines. No wonder the debate between Janome HD1000 vs. HD3000 has come up.

When trying to choose the best heavy-duty sewing machine, it’s only natural to consider Janome creations. Especially the HD1000 and HD3000 due to their high ranking and ratings! 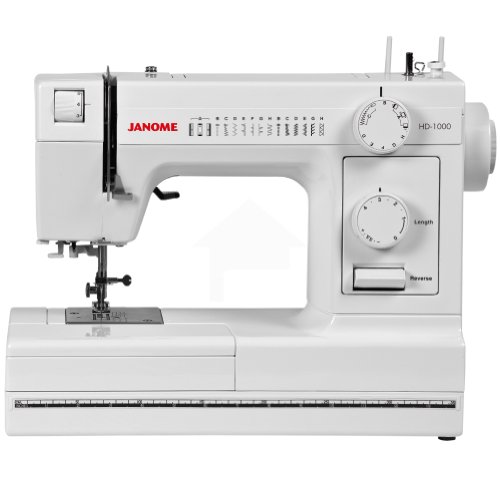 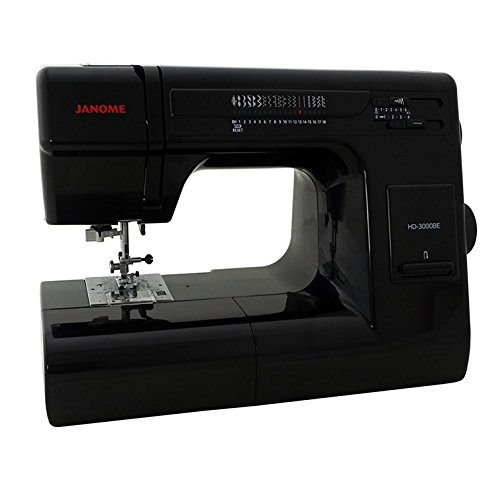 What You Should Know Before Reading On

Personally, I admire the durability and quality of these two popular models. They have many similar features. But it becomes a little too obvious that the HD3000 is a step-up version of the HD1000.

Once you get to know both the sewing machines better, you’ll understand how each one exudes quality. But in terms of price, the HD3000 is certainly more expensive than its sibling. And this difference in cost has been the same for a while now. So don’t expect the price tag to change in the future.

This leads you to make the decision right now. So are you willing to spend those extra dollars on the HD3000?

If YES, then let’s find out if the sewing machine is worth it.

All these questions need to be answered if you want to buy the best heavy-duty sewing machine. So please keep reading and you’ll know what to do at the end of the post.

What I’m going to do in this section is talk about features and characteristics that are not similar. So the differences are discussed at length below. And the similarities are later listed down in the comparison table. So let’s begin, shall we?

So as far as built-in stitches are concerned, it’s the HD3000 that scores higher marks. The single-step buttonhole and total amount of stitches offer more practicality and easier usability.

The HD3000 and HD1000 are outfitted with a seven-piece and three-piece feed dog respectively. To be honest, this doesn’t matter with regards to performance. So don’t think that the Janome HD1000 Heavy-Duty Sewing Machine is any less competitive. Just because it has a three-piece feed dog!

What actually matters is how this feed mechanism works. That’s the only thing that counts. The number of pieces is just the company’s marketing gimmick.

Now you understand why the HD3000 is considered to be an upgraded version.

In fact, the pressure adjustment feature is a primary factor that governs the uniformity of three crucial aspects. These include the stitch size, thread tension, and complete fabric matching. The feature used to be a part of all traditional models earlier. But, unfortunately, it is now only installed in the most advanced machines.

However, you don’t have much to worry about, regarding the lack of pressure adjustment in the HD1000. As there’s practically not a huge difference in the quality of stitch between the two Janome units! But the same cannot be said about other sewing machines and manufacturers.

This is yet another department where the HD3000 outperforms the HD1000.

The Janome HD3000 Heavy Duty Sewing Machine offers a drop-in (at the top) bobbin system. Such a design simplifies usability, which is excellent news if you’re a beginner.

As for the Janome HD1000 Heavy-Duty Sewing Machine, it comes with the side-loading system. Now, this can cause a great deal of inconvenience. Plus, it becomes impossible to monitor the supply of thread with such machines.

As for the stitch length, it’s the same on both models. And that is 4mm.

You don’t have to delve deep to find out that the HD3000 is supplied with a hard case. The product title on Amazon says it so.

While the manufacturer delivers the HD1000 only with the dust cover. So pick your battles wisely!

I’m going to ask you a question here. What is your priority? Is it heavy-duty features? If so, then I think you’d be better off with the Janome HD1000 Heavy-Duty Sewing Machine. As it offers additional metal parts when compared to its upgraded version!

The weight of sewing machines is an important factor that you should take into account at the time of buying. That’s because portability is not something you can neglect when using a product like this. I mean imagine having to carry a heavy machine to your sewing class.

But you need to understand that the HD3000 and HD1000 are heavy-duty models. This indicates that both aren’t as light in weight as you’re expecting them to be. In fact, the difference in weight is almost negligible. The HD3000 is 23.8 pounds heavy while the HD1000 is 22.4 pounds heavy.

Now it’s time for the comparison table. In here, I have mentioned the similarities as well as the differences. The latter has been highlighted in red. So you can understand it better.

Performance-wise, both models offer stitches of the highest quality. In terms of heavy-duty sewing, the HD3000 and HD1000 are champions.They have the ability to work through denim much like a knife through butter.

Truth be told, these Janome units allow you to work with all kinds of fabrics. They are created to last for a very long time. So in terms of performance, the difference is almost nonexistent.

If easy usability is your thing, you should seriously consider buying the Janome HD3000 Heavy Duty Sewing Machine. That means this particular model is the most suitable for beginners. But, at the same time, you have to be willing to spend more.

On the other hand, do you have enough sewing experience? In that case, opt for the Janome HD1000 Heavy-Duty Sewing Machine. And doing so saves some money as well.

So you need to take your skills and budget into account when choosing between Janome HD1000 vs. HD3000.

2. Tips for buying a sewing machine.

About the Author Barbara Davis

The Top 50 Mom Bloggers You Need To Know About