How To Make Yourself Throw Up Without Causing Harm?

Our taste buds lead us into consuming all kinds of foods. Home-cooked meals are healthy for the tummy. But sometimes junk food or fast food is not. It can cause food poisoning. So at such times, knowing how to make yourself throw up can help. Or you might want to remove certain pills you ingested.

Throwing up might seem like a natural way of eliminating unwanted substances and toxins from the system. But it’s a method to adopt only as the last resort. Inducing vomit is something you should do with utmost care. Because when performed incorrectly, it tends to cause a lot of harm than doing good.

So if you want to know how to make yourself throw up safely, here’s a complete guide that might help.

When It’s DANGEROUS To Make Yourself Throw Up

What I’ve discussed below are instances where inducing vomit can place your body at risk.

When You Ingest Corrosive Chemicals or Poison

Discourage yourself from throwing up at such times is necessary. Unless a medical professional explicitly gives you the go-ahead. It is recommended to avoid inducing vomit after swallowing toxic substances. These include gasoline and bleach since they have a highly corrosive nature. And due to such properties, the elements can damage the airway and digestive tract severely.

If you think that the vomiting technique is going to work in such scenarios, you’re wrong. The method proves to be useless at getting rid of the poison from your stomach. And trying to vomit it out will only push the poison toward the lungs.

Also, making an effort to puke involves stomach contractions, right? Such an action can further result in quicker absorption of the poison by the body. And that puts all effective treatments into jeopardy.

So if you happen to ingest these kinds of substances, the best thing to do is to call poison control. Or your physician immediately!

Lastly, it’s highly advisable for pregnant women to refrain from inducing vomit. Making yourself throw up at such a time leads to dehydration. Along with depriving the fetus of essential nutrients!

Everything First Aid Book: How to Handle Falls and Breaks, Choking,...
Check Price

The Complete First Aid Pocket Guide: Step-by-Step Treatment for All of...
Check Price

When It’s OKAY To Make Yourself Throw Up

It’s important to consult with the poison control medical professional or physician before doing anything of the sort.

More often than not, the practice is safe when you’ve consumed rotten or spoiled food. It starts to make you feel ill, right? So if the body doesn’t throw out the food on its own, you can encourage the process.

How to Treat Someone for Food Poisoning?

It’s also safe to induce vomit after ingesting non-corrosive substances or poison. This includes heroin, pills, cyanide, or any other drug!

How to Make Yourself Throw Up?

There are tons of ineffective folk remedies out there. And these are not only ineffective but tend to cause all kinds of negative consequences as well.

So what you see below is a list of the most effective and safest methods to make yourself throw up instantly.

1. Use the Index Finger

If you want to know how to make yourself throw up quickly, here’s what you can do. Just use your clean index finger to activate that gag reflex. Follow the instructions discussed below:

And if this particular method doesn’t work, you can try out any one of the others mentioned below.

2. Watch Someone Else Throw Up

Here’s another way to know how to make yourself throw up instantly. If you want to bring about nausea, watch others vomit. Such a visual helps in triggering that strong urge for throwing up. I know it sounds disgusting, but isn’t that the whole point!

When your body doesn’t have a gag reflex, none of the methods discussed above might work. So at such times, the most effective approach is to opt for over-the-counter medication like emetics. The drug gives rise to stomach contractions, which activates the vomiting trigger.

You can try out the ipecac syrup. But please note that this particular emetic is toxic in a high dosage. So make it a point to avoid stocking it in your home. And to prevent any potential side effects, consume only a small amount.

The Ineffective Methods to Avoid For Throwing Up

Folk remedies don’t work. Plus, they’re not safe either. Such methods also give rise to side effects that you should take into account. So let’s discuss them below.

Salt water and mustard solution work in the same manner. What you do is add some mustard (one tablespoon) to a warm glass of water. After drinking this, it takes about half an hour for the solution to produce results.

It’s the unpleasant flavor of the liquid that induces vomit. But you should know that there’s zero scientific evidence associated with the effectiveness of this particular method. 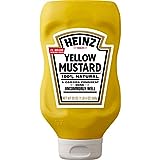 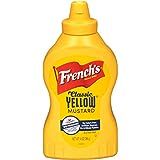 Medicinal herbs such as bloodroot have the ability to treat cancer and fever. Along with encouraging puking! The method involves boiling bloodroot (one teaspoon) in water. Then you allow the herb to steep for at least 20 minutes. After which you strain it before drinking it.

But what many people don’t know is that bloodroot contains toxic components. High concentration of the herb can even lead to death. So it’s advisable to consult with the doctor before opting for such a technique. 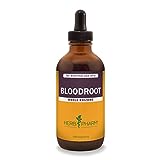 The search for how to make yourself throw up includes websites that offer eating too much as a solution. But that’s not true. Overeating to induce vomit and nausea is a highly ineffective method. As it promotes digestion and absorption of the very food or substance you’re attempting to eliminate.

When you don’t end up throwing up after overeating, which you won’t, here’s something worse that might happen. It can leave your tummy bloated and cause severe discomfort.

If you know how to make yourself throw up, you can remove harmful substances and toxins from your body. But that is only when you accidentally ingest them! However, don’t forget that inducing vomit should be the last resort.

Please avoid adopting such an approach to weight loss. Also, keep in mind that corrosive substances are not safe to puke after they enter your system. So such times, contact the doctor immediately.

You should know how to make yourself throw up only in the case of food poisoning.It’s safe to activate the trigger even after ingesting non-corrosive elements.

The most effective methods include using the index finger, watching somebody else vomit, or taking emetics. Vomiting is something that causes harm to your digestive tract. So make it a point to rest after throwing up.

I hope you read each and every section of the article. It’s important that you understand the procedure and its possible side effects.

2. How to make yourself throw up easily (Complete guide).

3. Here is How to make yourself throw up in case of Emergency?

About the Author Barbara Davis

The Best Crossfit Shoes For Women: Reviews and Buyer’s Guide

How Do BCAAs Work

How Much BCAA per Day?

Do You Take BCAA Before or After Workout?

Previous Post My 18 Best Postpartum Essentials for Mom (The Ultimate Checklist) Next Post Britax Pioneer vs Frontier vs Britax Pinnacle (What Is The Best Boost Car Seat?)

The Top 50 Mom Bloggers You Need To Know About